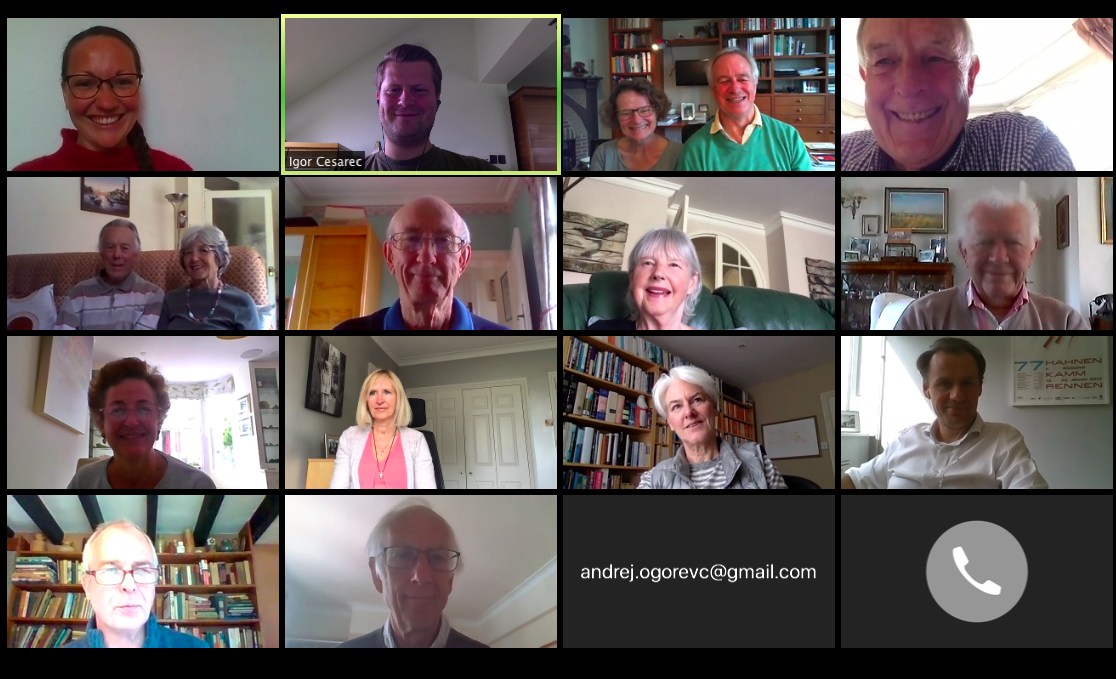 Lockdown made it impossible to hold the Annual General Meeting of the British-Slovene Society with a physical get-together this year. This turned out to be no disincentive, since more people attended online on Zoom on 9th June than in the past. Like other organisations, we are realising that online is for some people a definite advantage. Rather than make a long journey to take part, one just needs to reserve time and join in from home.

The Chairman’s Report and Annual Accounts were approved unanimously, and Evelina Ferrar, Igor Cesarec, Miha Košak, Mateja Šömen were re-elected as Trustees. Participants endorsed a plan to erect a new kozolec (Slovene hayrack) in Henley-on-Thames, by agreement with the local council. The old kozolec in the Oxford Arboretum fell into disrepair and has been removed by its owner, the Pitt-Rivers Museum.

Due to continuing pandemic constraints, there will be no Oxford picnic this summer. But we hope to be able to re-assemble for the annual Carol Service in London on 11th December.

We wish you all a pleasant summer … and keep well!

For members of the British-Slovene Society only:

Notice is hereby given that The Annual General Meeting of the British-Slovene Society will be held at 3 pm on Tuesday 9 June 2020 online via Zoom. Any member may join the session.

Please confirm your attendance by email to: davidalloyd@btinternet.com. You will then be sent an invitation to join the Zoom session together with instructions. You may also receive BSS Accounts for the year ending 30th September 2019 and the Chairman’s Statement.

In case you cannot attend the AGM and wish to vote, please use the Form of Proxy: BSS-2020-AGM-Form-of-proxy

See an article by Keith Miles and Edmond Phillimore in Slovene periodical Družina. It is about a journey by Admiral Horatio Nelson through Slovene lands in 1800, and three admirals who came from present-day Slovenia: Lord Nelson in trije admirali

Slovenes undoubtedly belong to the European cultural tradition. How did this happen? According to scholar Aleš Iglič of the University of Ljubljana, this already happened a long time ago, and Romans and Christian missionaries played a big role. Click here to read his  article.

The Office of the Republic of Slovenia for Slovenes Abroad has sent a letter asking for any help we can offer to Slovenia in the the present Coronavirus pandemic. The letter says Slovenia has taken all necessary measures but wishes to prepare for all possible scenarios, particularly if the situation worsens.

Specifically it asks for additional knowledge and human resources. The Office asks anybody who has knowledge in medical and other areas relevant to the present situation (protection of public health, economy, social services etc.) to help, even if only with advice from a distance or exchange of opinions.

The Office also asks for information where to obtain or buy medical equipment to protect healthy people and improve treatment of those infected by Coronavirus.

Anyone who could provide help, opinions or information is kindly asked to contact urad.slovenci@gov.si. 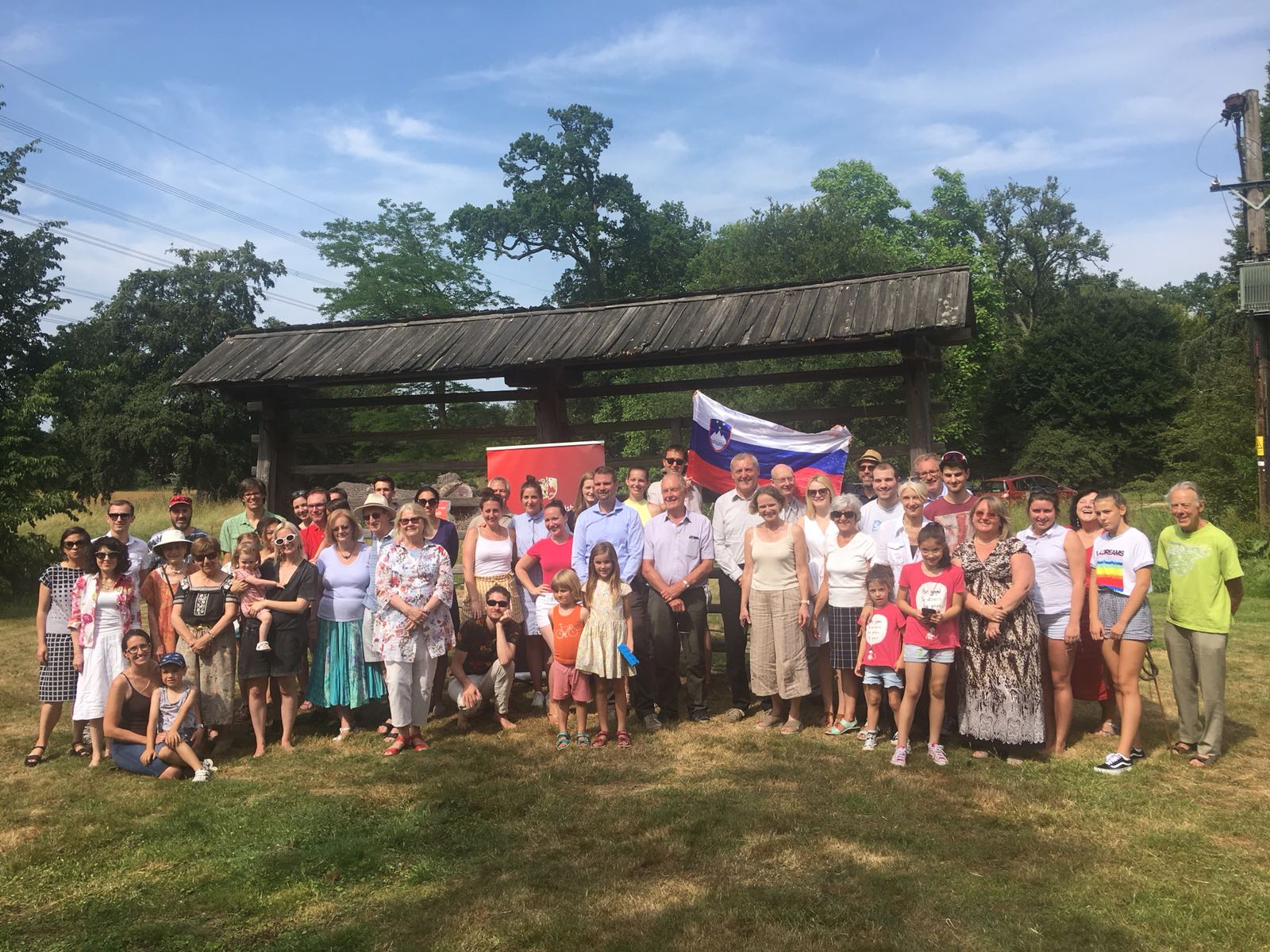 A few days ago, Oxford’s Pitt Rivers ethnological museum pulled down the traditional Slovene hayrack (kozolec) at the Oxford Arboretum, and put the pieces into storage. The Arboretum requires the space where it stood for a new development. The museum, which owns the artefact, has told the British-Slovene Society it has no alternative location and intends to “deaccession” it. In practice that means we will not see it again: for some years it had been falling into disrepair and cannot practically be put together again.

It is a sad end for a traditional Slovene construction brought to Britain at the time of Slovenia’s independence in an initiative led by BSS Trustee Jana Valenčič.

However the good news is that a new kozolec is to be erected on the outskirts of Henley-on-Thames. Henley’s Town Council has agreed to locate it on a “Town Green” which belongs to the Council. Thanks to a generous benefactor in Slovenia, Miro Senica, the British-Slovene Society will be able to fund its construction by a specialised artisan in Slovenia.

The new location is apt, since Henley is twinned with Bled in Slovenia. Preparations will start once the present lockdowns have been eased.

This summer we regrettably will not be able to hold the British-Slovene Society’s annual picnic. We hope to resume once the new kozolec is in place.

Meanwhile here are two dates to reserve looking ahead: 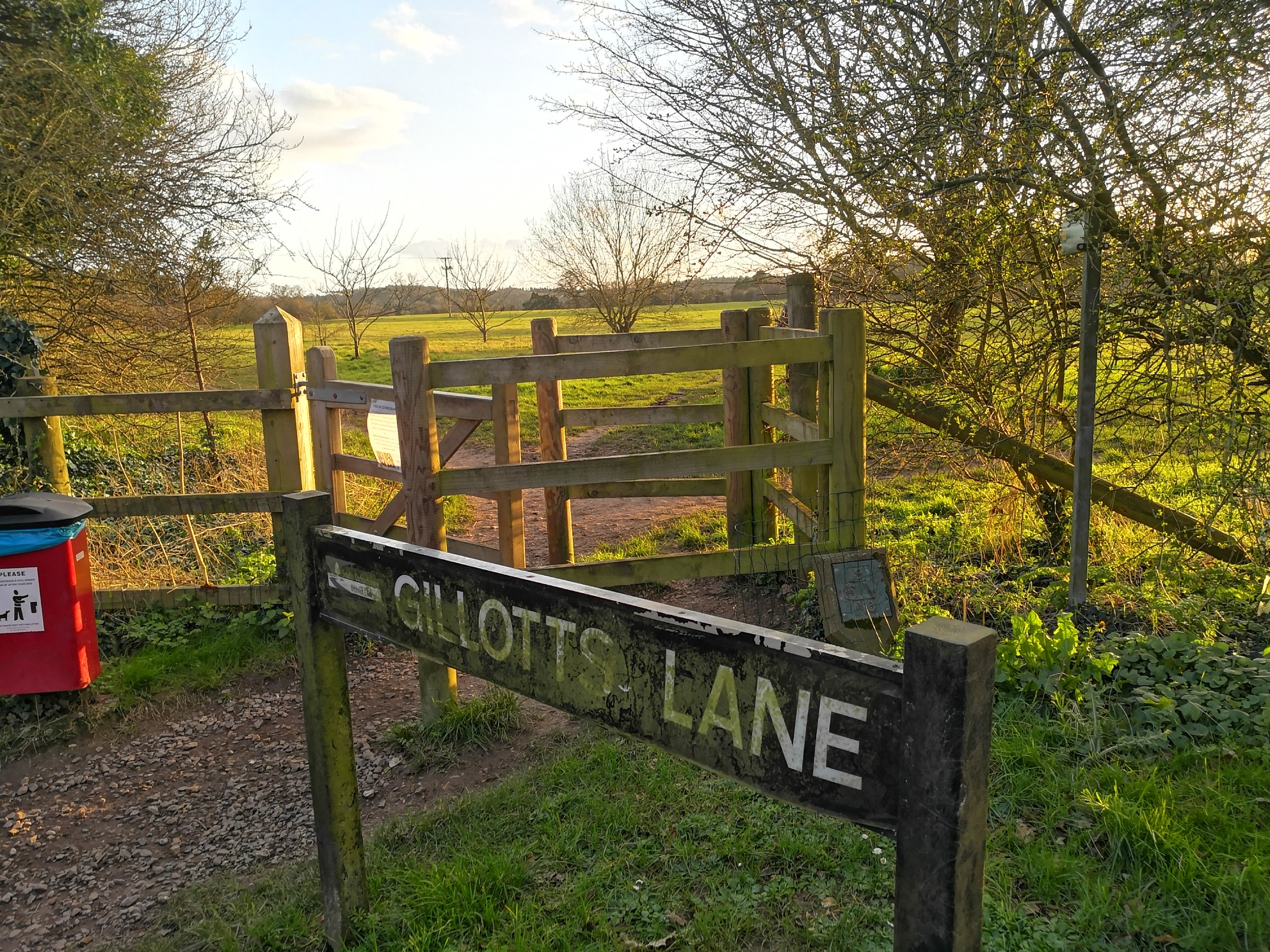