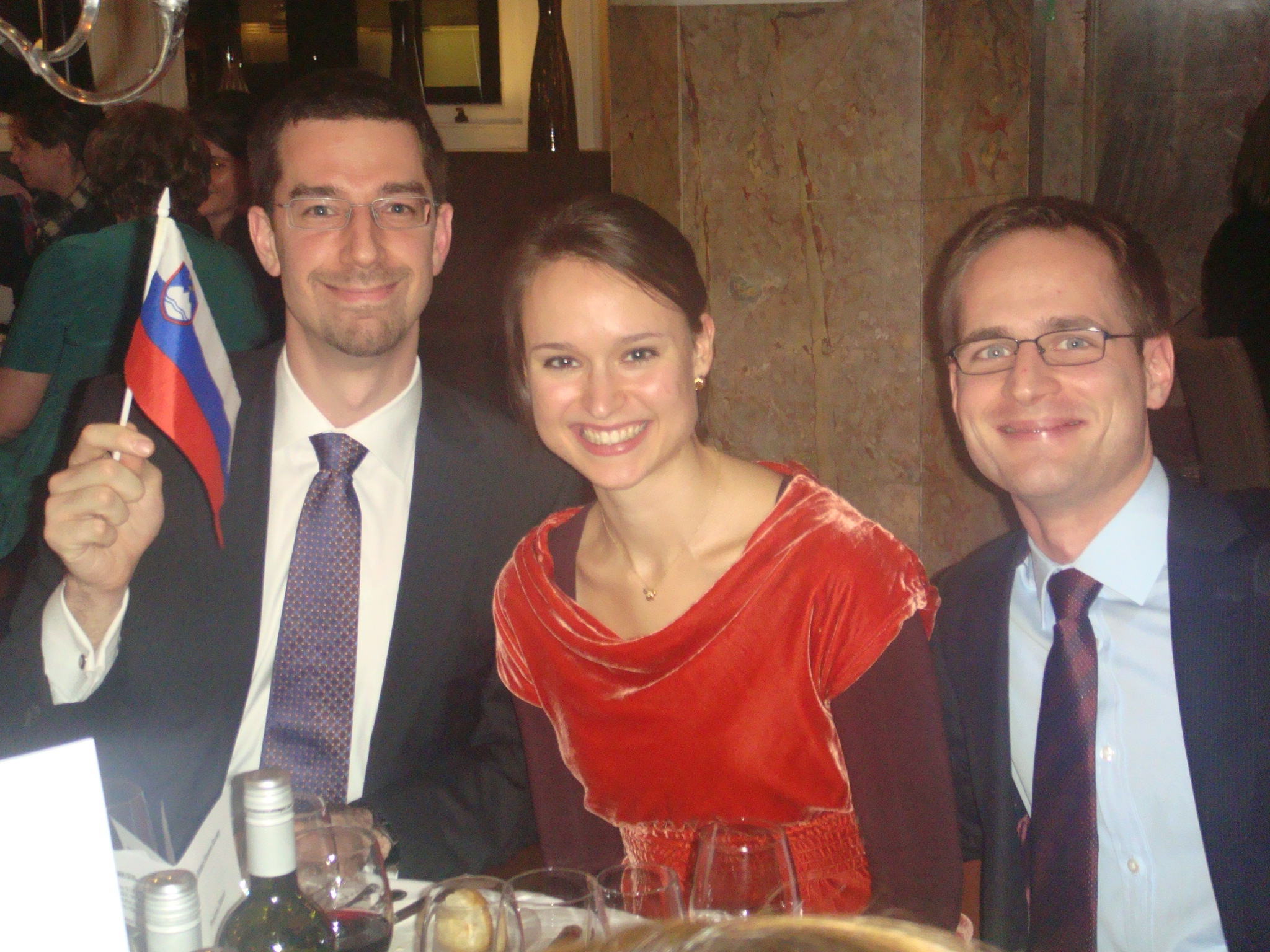 The British-Slovene Society’s annual Prešeren Dinner, held on 9th February in London’s Hotel Russell, has never been more animated or well attended. The dining room was packed to capacity, and it pulsated to the sound of lively conversation, a Slovene accordionist, and the shouts of lucky winners in the tombola.

The retiring Chairman, Keith Miles OBE, and his wife Slava, were presented with silver salvers for their unstinting work for the BSS and Slovenia since the earliest days. During the independence process in the early1990s, Keith was instrumental in helping the new state achieve recognition and standing in the UK.

Keith has not really retired. In fact, he is spending time in Slovenia these days helping various bodies with his accounting and auditing skills.

More and more young Slovenes living in the UK come to the Dinner, distinguishing themselves by the impressive professional and academic credentials which they have already achieved in a globalised world at an early age.

English-speakers could brush up their Slovene by joining in the traditional sing-song led by the visiting accordionist. Each found something different to enjoy. One Slovene who lives in an area where there are hardly any compatriots said what she liked most was to hear Slovene spoken in the Ladies.

The tombola meanwhile brought in a record £494 for Barka, community of people with disturbed mental development in Slovenia supported by the BSS.

More photos in the Gallery. 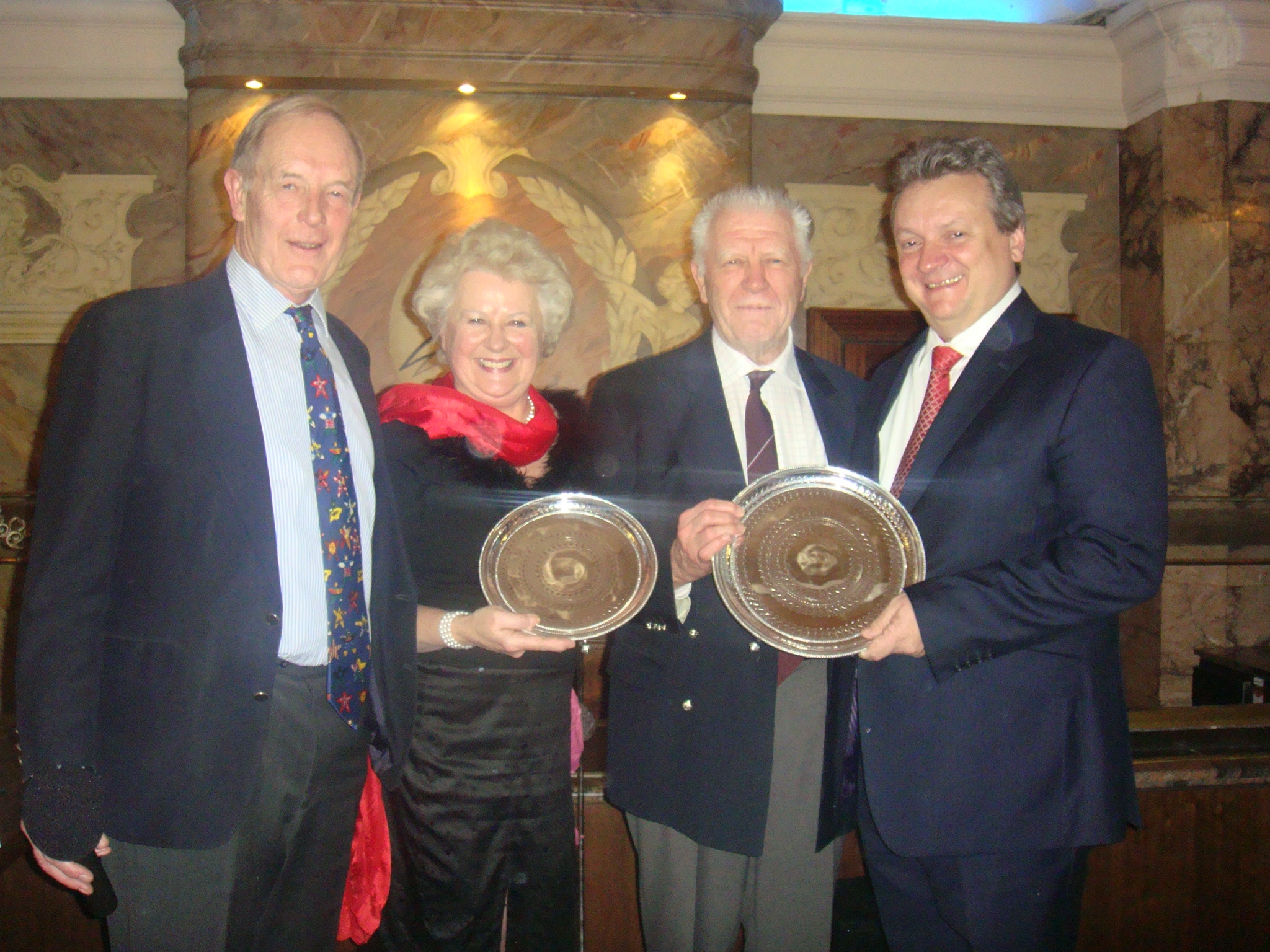 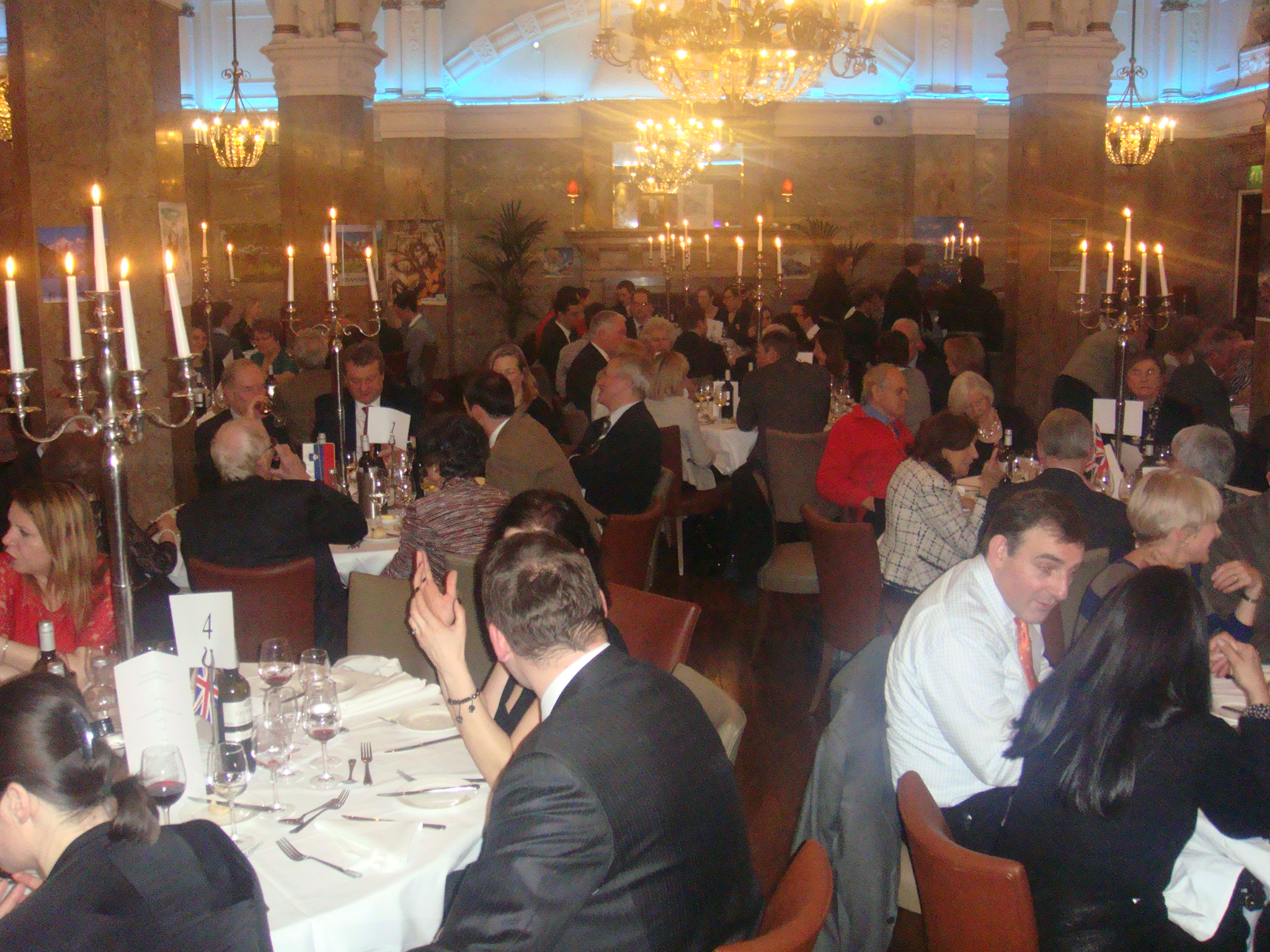 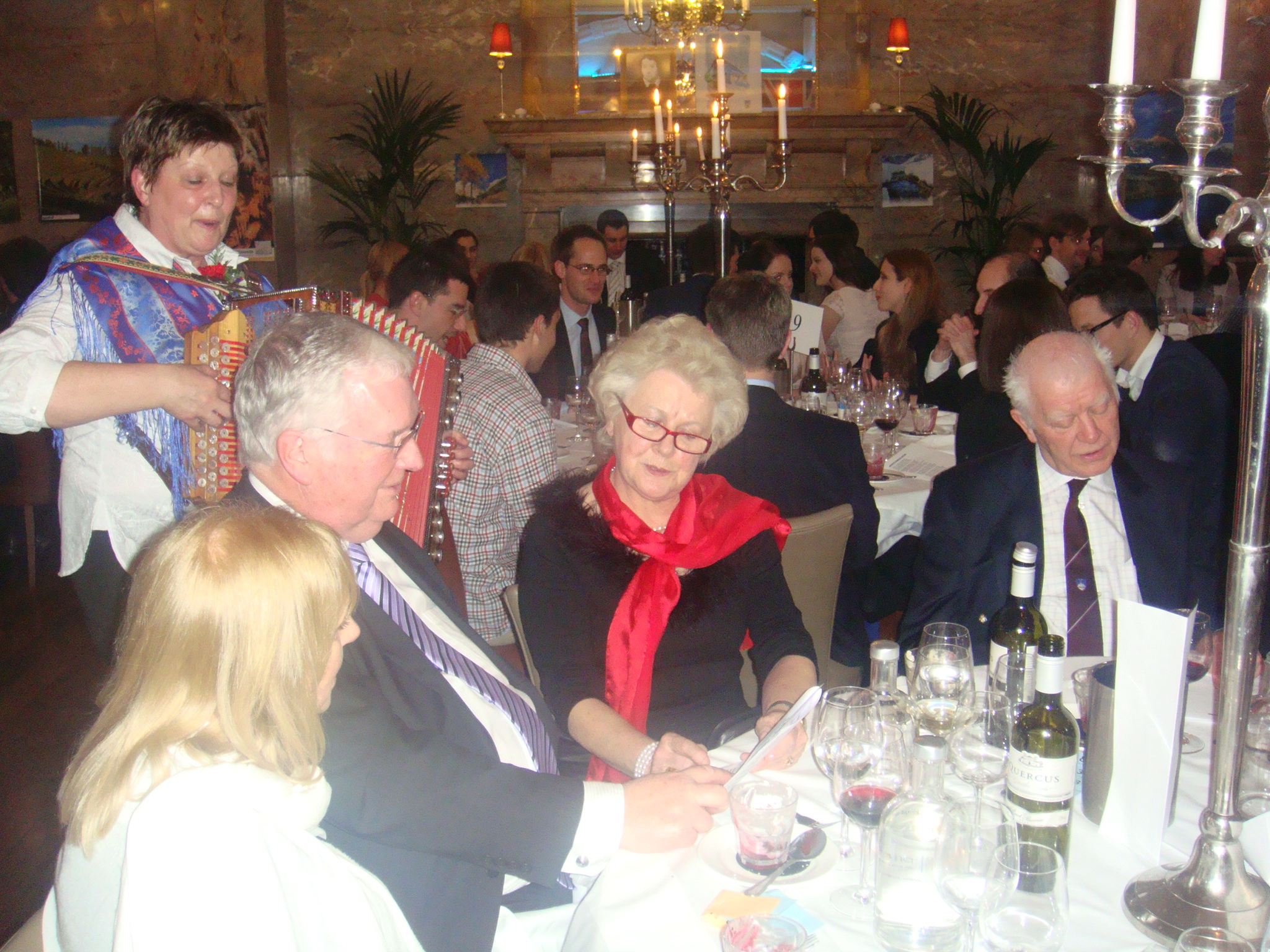 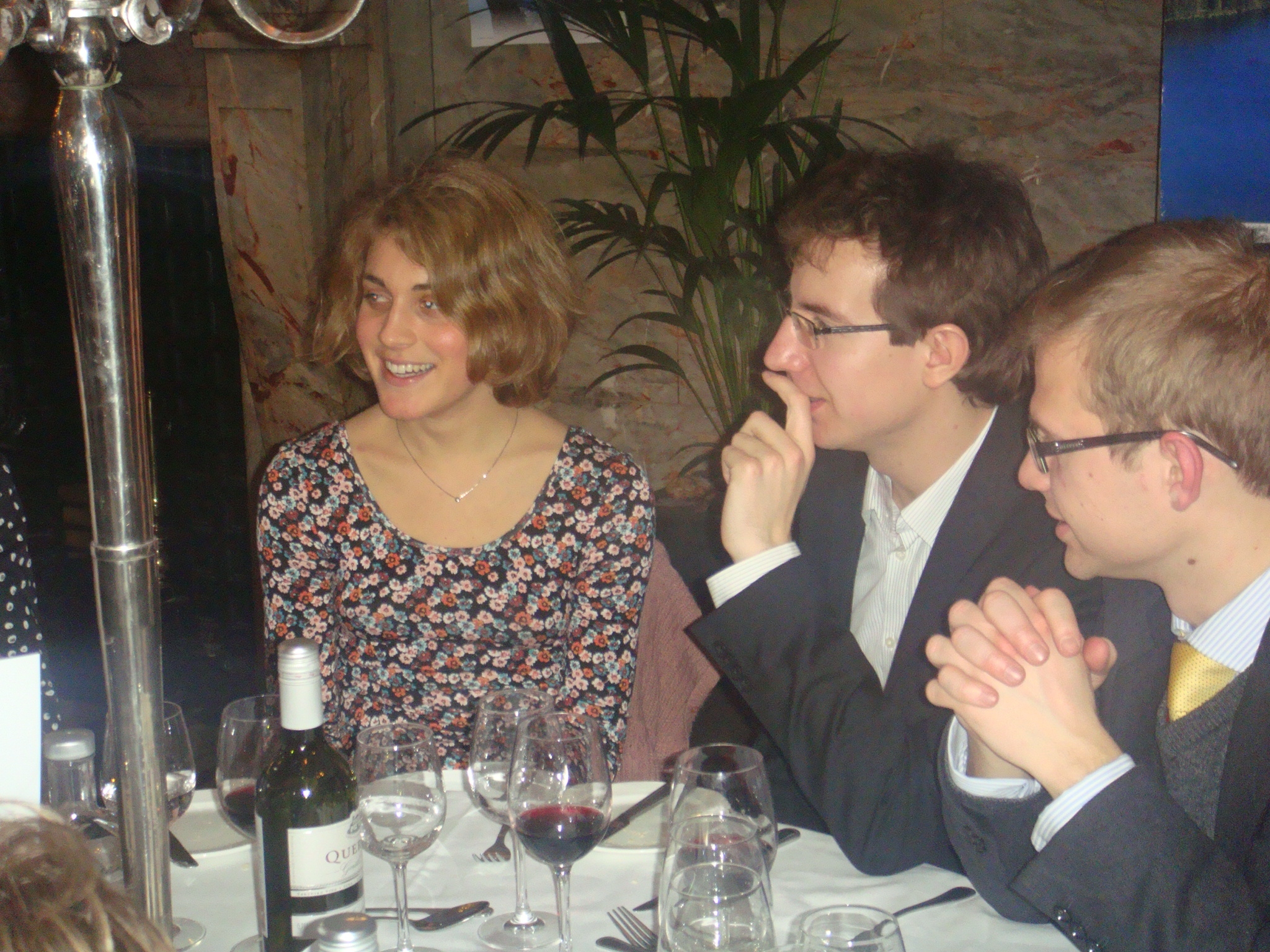